Young coconuts are known for their wonderful, healthy, sweet, electrolyte water. We hear so much about the coconut water but what about the leftover "meat" (or flesh) inside the young coconut? You know, the creamy-white stuff that sticks to the sides of the shell! What do we do with that? Don’t discard it, it’s extremely healthy and I have the best recipe using the young coconut meat: Jerky. That's right, a vegan beef jerky with a spicy tamari flavor.

We buy so much of the water in cans and boxes these days that we almost forget that coconuts also have healthy meat inside full of good fats. I have made this recipe before but have spruced it up a bit today for you guys.

Think beef jerky meets coconut bacon? That's kind of the idea. A little liquid smoke and some red chili peppers adds a peppery flair and the natural sweetness of the coconut rounds out the saltiness.

It's actually the texture of the dehydrated coconut meat that I love the most. The soft coconut meat becomes chewy and leathery after the water evaporates. A very cool thing to note is that my coconut meat jerky is a raw vegan treat! NO BURNING or CHARRING. Just low temperature cooking.

Grab the coconut jerky as a healthy snack for those long baseball games or stick them in your child's lunchbox. I prefer to eat it as a pre or post-workout snack; easy to grab and the healthy fats keep you feeling satiated.

Notes On This Coconut Jerky Recipe

Dehydration Notes: You will need a dehydrator for this recipe but I will say it again, and again, every healthy gourmet kitchen needs a dehydrator. They aren’t expensive; they are low energy; and there is so much you can do with them. An oven just doesn’t do the trick.

My favorite dehydrator, always, is the Excalibur. It dries well and evenly and you can do a lot of different things at one time. I make loads of kale chips in this machine.

My second favorite is the Ninja Air frier. This appliance is awesome because it air fries OR it dehydrates. You get two in one for a very low price. But you can’t make large batches in here. Just small ones.

Notes on Young Coconuts: If you don't remember how to open up the young coconuts at home then check out my old post from a few years back or ask the produce clerk at the grocery store to open the coconut for you before buying them. Make sure to cut the top large enough though to get a spoon in there or else you will have a difficult time getting the meat out.

There is also another option: you can buy the coconut meat (aka young coconut jelly) already cut up in the freezer section at your local grocery store. Our local Gelson's market had it available - which made the job really easy for me this time around. It's a bit more expensive though.

Notes on adding herbs: Add tons of fresh or dried herbs to the marinade before you cook the coconut meat for added natural flavors. I am excited to make tacos with this dehydrated coconut meat. Add some sour cream or guacamole with fresh cilantro, tomatoes, and chives. Delish!

What You Will Need For This Recipe

Start by opening the young coconuts. You will not be using the coconut water for this recipe, just the white meat (jelly), so please drink or freeze the coconut water for smoothies, etc. (do not throw it away; it's so healthy and flavorful). Using a spoon or tool, scoop/scrape the inside of the coconut (the thick white stuff) out with a spoon into long pieces. Scrape out as much meat out as you can. Discard the hard coconut shells.

Next, you combine all the other ingredients to create a marinade. Pour this sauce over the strips of meat in large bowl. Let it will marinate for just a few minutes, stirring a few times.

Then transfer the mixture to a teflex sheet and dehydrate overnight. When it's done you will have a chewy jerky snack. 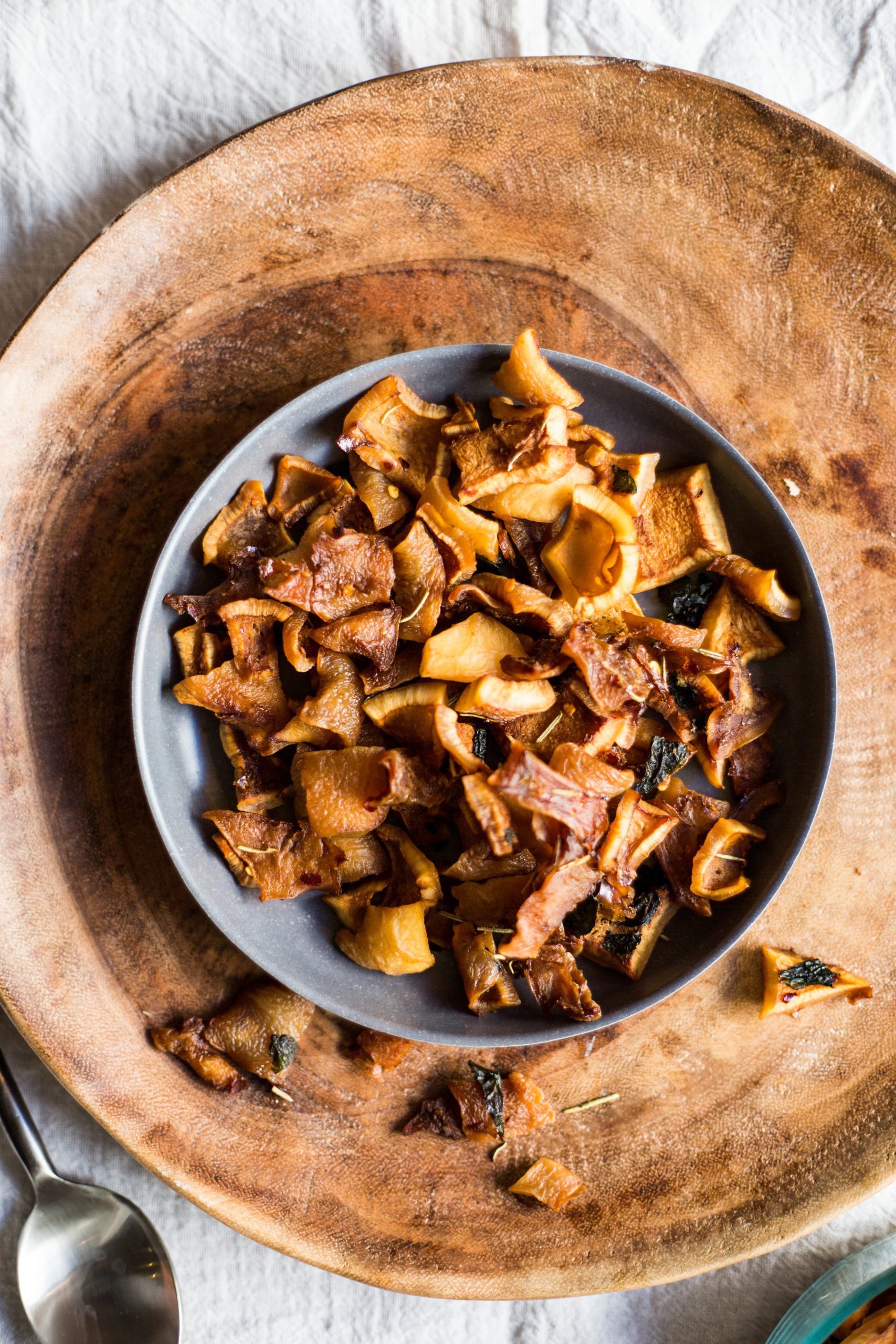 Like this on Instagram and if you make the recipe and love it please leave me a comment with your thoughts! I'd love to hear from you!

I don’t follow recipes but I create them. Certified in plant-based nutrition, and 20 years of practicing this lifestyle.

Receive the newest recipes right in your inbox